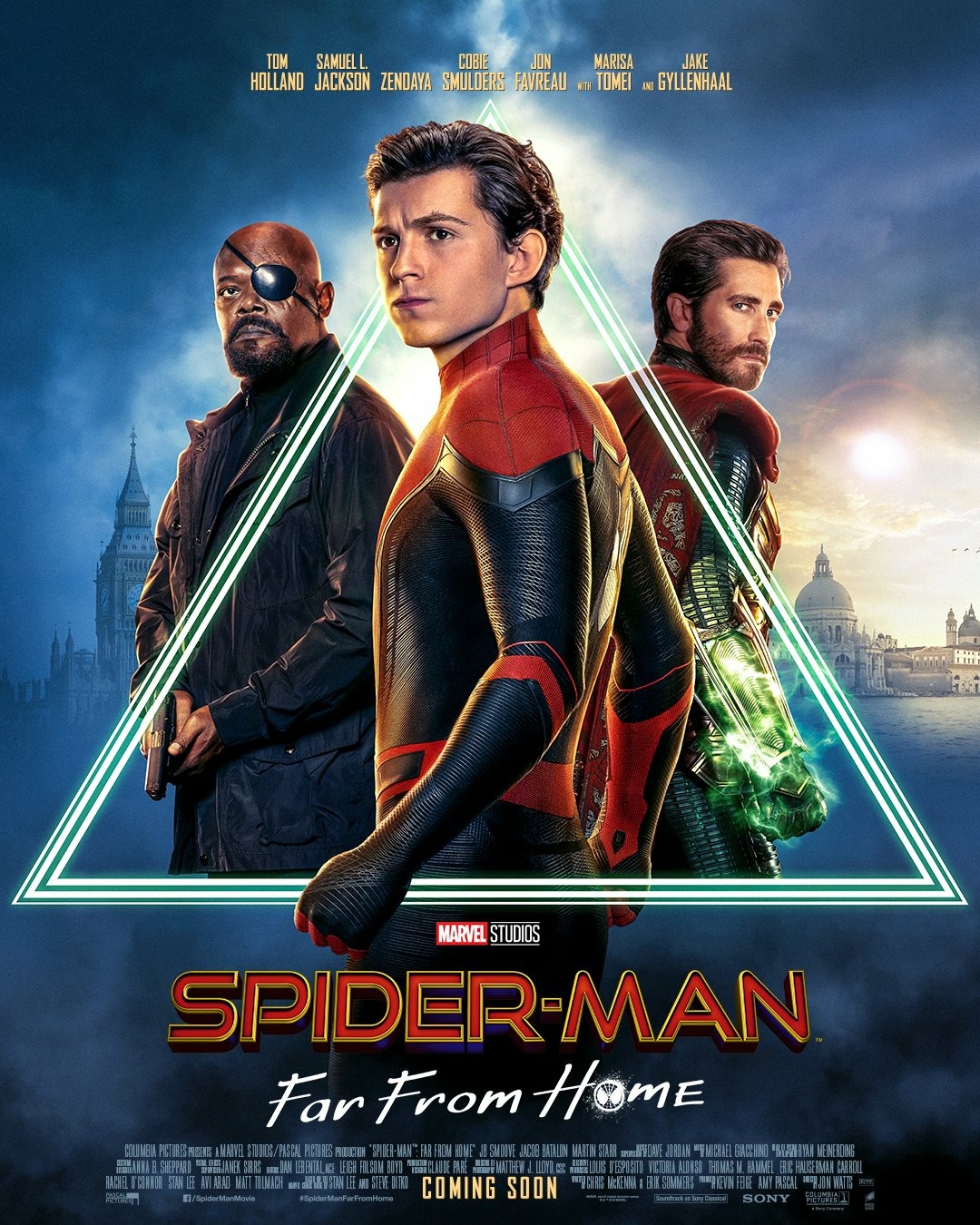 The quality of the poster for Spider-Man: Far From Home may be hideous however, it is of no indication of the quality of the movie itself which achieves a remarkable balance of stunning visuals, entertaining fight sequences and a meaningful character study all at the same time.

Following on from the events of Endgame the MCU finds itself in a rather complicated situation. The stakes were the biggest they had even been across the eleven-year span of the MCU so it is rather complicated to follow up from such grandeur as experienced by Ant-Man and the Wasp after the events of Infinity War. Whereas the second Ant-Man movie lacked meaning and ambition, Spider-Man: Far From Home finds its own original purpose through its portrayal of its protagonist in a way that we have not previously seen.

In this latest instalment Peter Parker is faced with emotional distress and doubts following the death of Tony Stark, a.k.a. Iron Man. A school trip across Europe will serve as the setting for battles against giant elemental creatures but more importantly, a battle within himself. Such levels of emotional distress have never truly been explored within the MCU and are something that enables Tom Holland’s portrayal of Spiderman to stand out and step out of Tobey Maguire’s version, something that Andrew Garfield never achieved. Tom Holland’s portrayal of Spiderman has certainly grown in popularity through his appearance in the latest Avengers movies and the decision to cast him is proving to have been the right choice.

Fans who have shown up to see epic action sequences will also find enjoyment as Far From Home provides some of the most pleasing visuals and fight sequences in the MCU. Jake Gyllenhaal plays the role of Mysterio, a mysterious caped wizard who serves as Spiderman’s nemesis and is responsible for these stunning visuals. However, this is not where the main qualities of the movie lie. Rather it is in the character study of Peter Parker and his coming to terms with Tony Stark’s death and his choice of whether or not being a superhero is what he wants to be doing with his life. In that sense, this movie is so much more than simply a superhero-action movie.

The chemistry between Peter and his classmates is hilariously brilliant, especially his funny exchanges with Ned (Jacob Batalon). Both Zendaya and Tony Revolori complement the group well providing a funny and witty posse for Peter. Hopefully, this will finally set the scene for a decent third Spiderman instalment after the terrible third Tobey Maguire movie in 2007 and the cancelled Amazing Spider-Man 3. And if the post-credit scene is of any indication, this will more than likely be the case.